On the verge of the worst year in modern American history, COVID-19 builds toward a stunning 2021 financial crisis. With over a quarter-million Americans diagnosed with the deadly COVID-19 virus, and deaths continuing to surge, much remains unknown about the outcome of ongoing economic shut-downs and social self-distancing implemented to curb the global pandemic that has now spread to over one-hundred nations.

Further, with rumors of a new COVID-19 vaccine on the horizon, success in conquering the virus and managing any variants will surely indicate what is to come in the broad spectrum of untenable outcomes.

What is certain, however, is that amidst the loss of life and management of the virus, there is an awareness that unsettling changes lay ahead in every area of social, economic, and political life.

Understanding the science and symptoms of COVID-19

"Lymphocytopenia is one of the most prominent markers of COVID-19, it's also one of the diagnostic criteria for COVID-19 in China. Both T cells and NK cells in patients with COVID-19 were reduced. The degree of reduction was even lower in severe cases the latter had higher leukocytes counts and neutrophil-lymphocyte-ratio (NLR) as well. In some critical ill patients, NK cells were extremely low, or even undetectable. In addition, memory helper T cells and regulatory T cells were obviously decreased in severe cases" (Zhang et al., 2019).

Past performance: lessons from Ebola

"[The] backstory reveals the rise and fall of global health security before the Ebola outbreak. Once catalytic in making global health more prominent in world affairs, the global health security strategy suffered political neglect by countries, downgrading within WHO [World Health Organization], and legal non-compliance—before a single Ebola case appeared in west Africa. Although countries responded when the Ebola crisis teetered on catastrophe, the scale of the tragedy and the needed response highlighted the lack of political commitment seen before this outbreak.

For WHO, leadership failures, problems with regional and country offices in Africa, weak surveillance and response capacities, and incompetent staff made the Ebola outbreak a debacle. The UN stripped WHO of leadership in creating the UN Mission for Ebola Emergency Response, which implemented an approach unsustainable for long-term global health security. WHO's mistakes during the outbreak were bad enough, but, combined with its pre-outbreak actions, the disaster for WHO as the institutional pillar for global health security is much worse.

The Ebola crisis also hammered the International Health Regulations. The lack of health capacities in Guinea, Liberia, and Sierra Leone highlighted the dismal compliance with the regulations' surveillance and response obligations and the absence of any multilateral strategy or funding to address this problem in low-income countries" (Heymann et al., 2015).

“Looking at US history, [Peter] Turchin spotted peaks of unrest in 1870, 1920 and 1970. Worse, he predicts that the end of the next 50-year cycle, in around 2020, will coincide with the turbulent part of the longer cycle, causing a period of political unrest that is at least on a par with what happened around 1970, at the peak of the civil rights movement and protests against the Vietnam war.

This prediction echoes one made in 1997 by two amateur historians called William Strauss and Neil Howe, in their book The Fourth Turning: An American prophecy. They claimed that in about 2008, the US would enter a period of crisis that would peak in the 2020s – a claim said to have made a powerful impression on US President Donald Trump’s former chief strategist, Steve Bannon.

Turchin made his predictions in 2010, before the election of Donald Trump

As for what will happen next, Turchin can’t say. He points out that his model operates at the level of large-scale forces, and can’t predict exactly what might tip unease over into unrest and how bad things might get" (Spinney, 2018).

"According to a ... study sponsored by NASA's Goddard Space Flight Center ...[and] written by applied mathematician Safa Motesharrei of the National Socio-Environmental Synthesis Center along with a team of natural and social scientists, explains that modern civilization is doomed. [...] the report says that the sudden downfall of complicated societal structures can follow when... [important] factors converge to form two important criteria. Motesharrei's report says that all societal collapses over the past 5,000 years have involved both "the stretching of resources due to the strain placed on the ecological carrying capacity" and "the economic stratification of society into Elites [rich] and Masses (or "Commoners") [poor]." This "Elite" population restricts the flow of resources accessible to the "Masses", accumulating a surplus for themselves that is high enough to strain natural resources. Eventually this situation will inevitably result in the destruction of society.

Science will surely save us, the nay-sayers may yell. But technology, argues Motesharrei, has only damned us further:

In other words, the benefits of technology are outweighed by how much the gains reinforce the existing, over-burdened system — making collapse even more likely

Those people who think you can have a growing economy and a healthy environment are wrong. If we don't reduce our numbers, nature will do it for us ..." (McKay, 2014).

"Herbert Hoover responded to the stock market crash of 1929 by embracing [an] industrial policy paradigm of antitrust and industry regulation. On the macro-economic front as well, he pursued orthodox strategies to reverse the downturn; he cut spending and guarded the value of the dollar. Because the economy continued to deteriorate, Hoover's stay-the-course approach "spectacularly failed to inspire public confidence," and Americans voted Franklin Roosevelt into office in 1932 on the basis of his promise to pursue "bold persistent experimentation" to find a solution..."(Dobbin, 1993).

"Is there evidence that a civilization collapsed when Rome fell?

Ward-Perkins: This is an area where historians seem to be decidedly myopic. In looking closely at their texts, they have failed to notice that in every single area of the empire (except perhaps the Levantine provinces conquered by the Arabs) there was an extraordinary fall in what archaeologists term “material culture.” The scale and quality of buildings, even of churches, shrank dramatically—so that, for instance, tiled roofs, which were common in Roman times even in a peasant context, became a great rarity and luxury. In the 6th and 7th-century West the vast majority of people lived in tiny houses with beaten earth floors, drafty wooden walls, and insect-infested thatch roofs; whereas, in Roman times, people from the same level of society might well have enjoyed the comfort of solid brick or stone floors, mortared walls, and tiled roofs. This was a change that affected not only the aristocracy, but also huge numbers of people in the middling and lower levels of society who in Roman times had had ready access to high-quality goods" (Yerxa, 2008).

A message from the Editor...

Be sure to follow COVID-19 safety guidelines, and remember to protect others around you by safely distancing yourself wherever you travel.

If you found this week's research interesting, you may also want to read: The Future of Man is Up In The Air.

The Age of Decadence: Fall of The Roman Empire

Module 9 is founded upon scholarly research and peer-reviewed data. Every blog is edited for readers interested in exploring valuable insights located in the millions of articles published every year in thousands of journals and online.

Update from the Editor: You may notice Module 9 is a bit heavier on political research at the moment. For now, I have decided it is particularly important.

Still, if  your prefer fewer insights on politics, come back and visit in mid-November when I will dive back into a wide range of topics impacting our lives.

If you are not a member of Module 9, please sign-up for free access. You’ll find direct links to recommended research and authors. 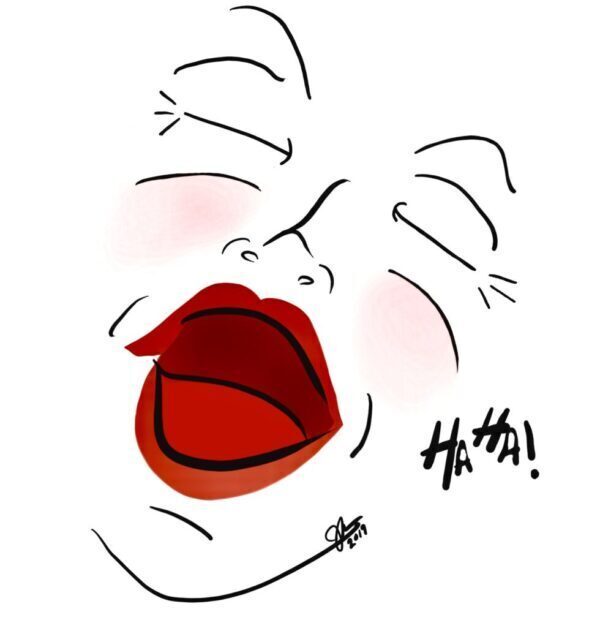